These two paintings were developed from b/w photos. The first painting ‘Under Waterloo Bridge’ London was based on a photo taken with a new/old M2 Leica Camera, that I had recently acquired in 2001.
The shot was taken from the top of Waterloo Bridge looking downwards to the paved walkway below.
It had been raining and the paved slabs below were reflecting the light from puddles.
The shot was under exposed due to a faulty light meter, or my inability to use it!

When I developed the film I found that the paved walkway areas underneath the bridge reflected the light in different ways, with lots of the tonal variations.
The different slabs looked like a lot of abstract paintings arranged in brick like compositions.
This dominant arrangement seemed to be the most important element as a basis for a painting.
I decided to use just the one figure for the first painting, and concentrated in the wet paving as this was the central theme of the painting ‘Under Waterloo Bridge’ 1 2001

Twelve years later 2013.  I was passing the same spot and took some more shots near to where I shot the first lot in 2001.
The rain had ceased, and and the wet paving was reflecting light in a similar way to the first photo.
This time I included two couples walking away from each other.  The trees are featured in a more pronounced way, and contribute to the mood of the painting ‘Under Waterloo Bridge’ 2 2013.

The colour in the two paintings is invented from the b/w photos, and hopefully underpins and developes the underling moods that the scene evoked at the time. 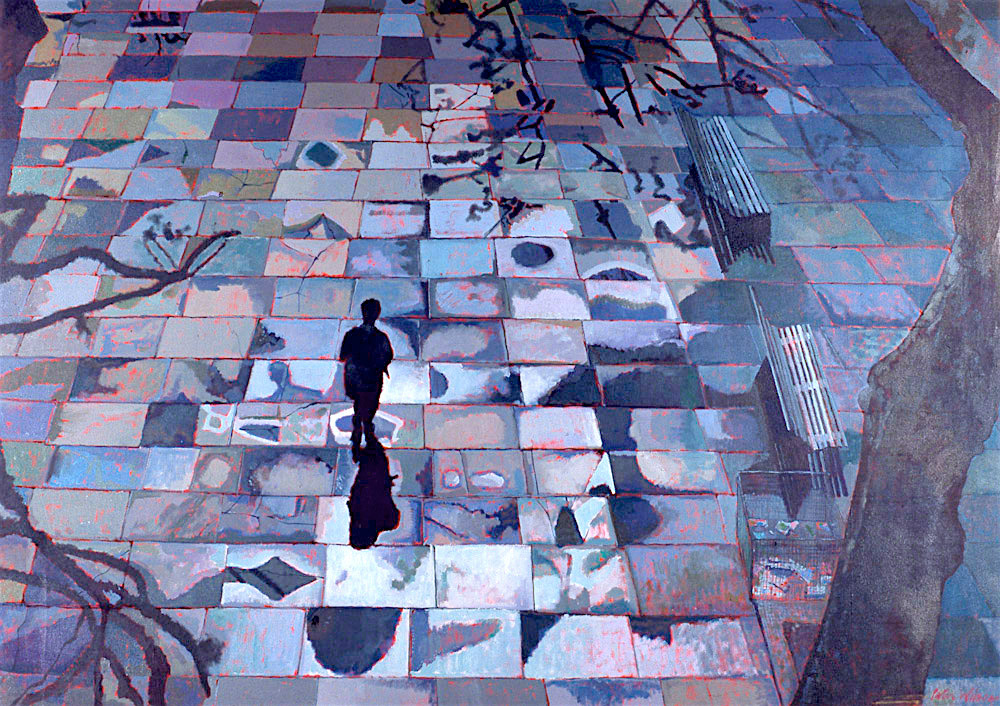 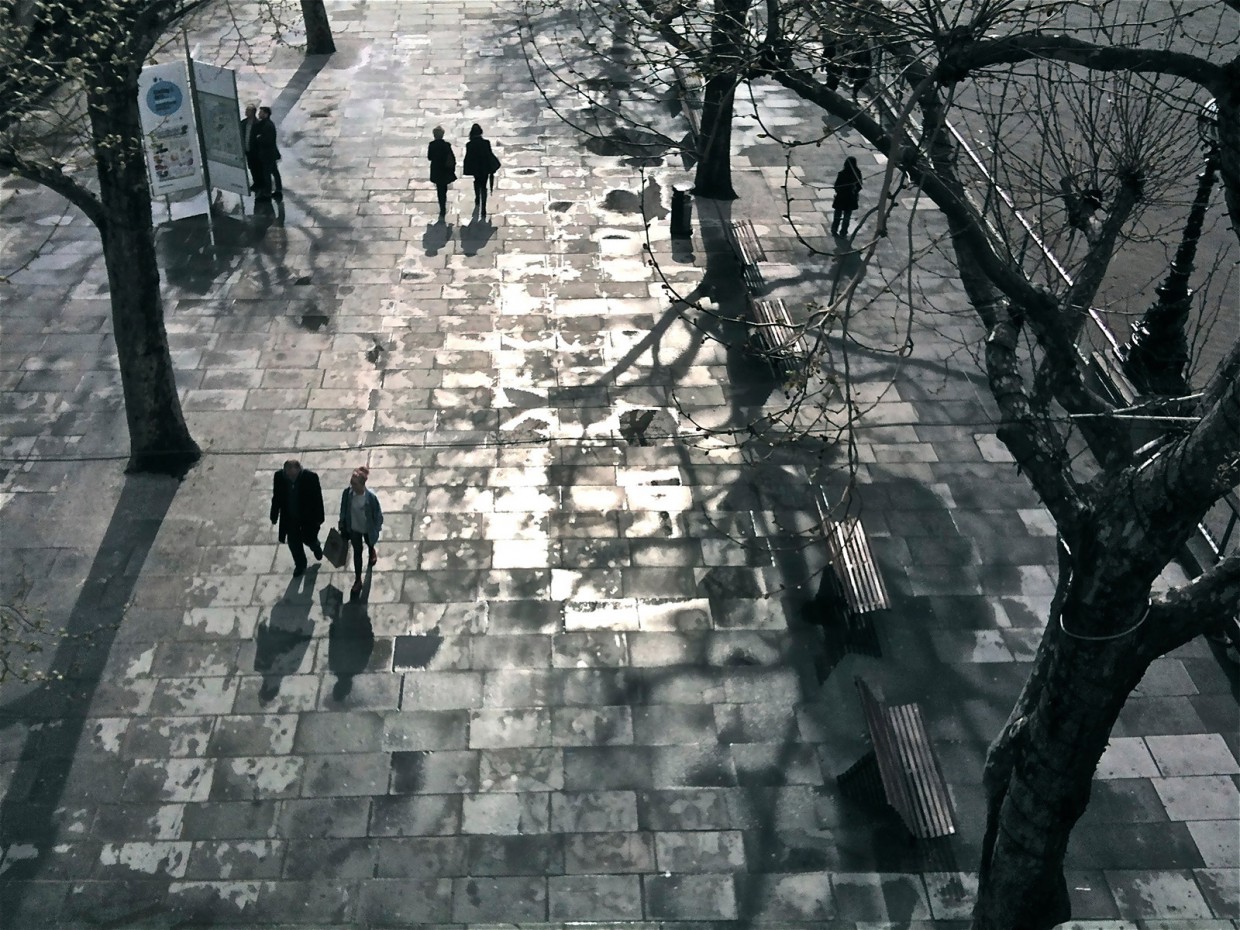 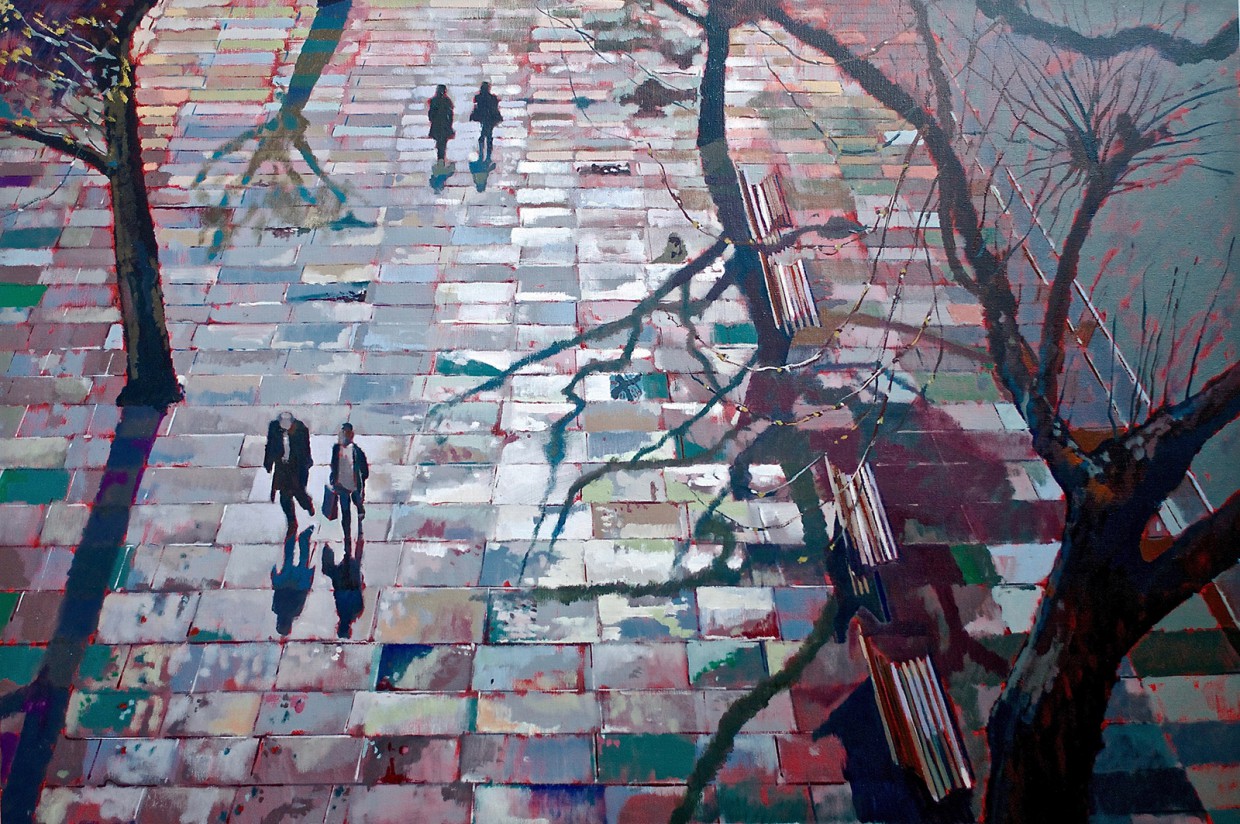