I have been drawn to films in particular period movies i.e. Noir and Italian Realist films. These are usually b/w films from which I shot a series of stills that indicate interesting views. Like most of the subject matter – it sort of creeps up on me after a long period of time. The subjects and the settings need a gestation period, and then the possibilities reveal themselves for paintings.

The painting “Wired” is similar to “Pick-up on South Street” as it uses the same view from above that sets out the scene and has an ambiguous nature , as part of an arrested narrative, that results in a decorous gutter detritus and abstract street patterns.

About the painting ‘Pick up on South Street’ – the film still that I chose is taken from the Police office above the street. This is a classic ‘modernist’ viewpoint above the subject that works well with the shadow detail and the curious figure walking/running out of the frame.

The shot from “Bicycle Thieves” has the tension of an action about to perpetrated. The object of desire – the cycle lies in full Roman mid day sunlight awaiting the new owner. The colour in the painting is invented and as can be seen from the two versions have different moods. 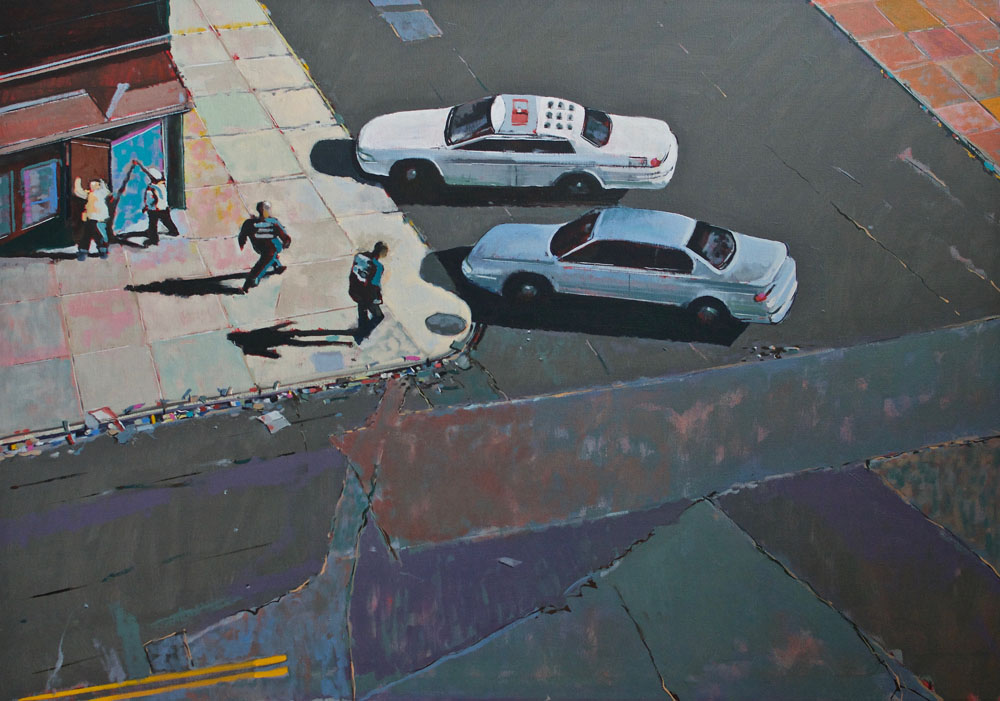 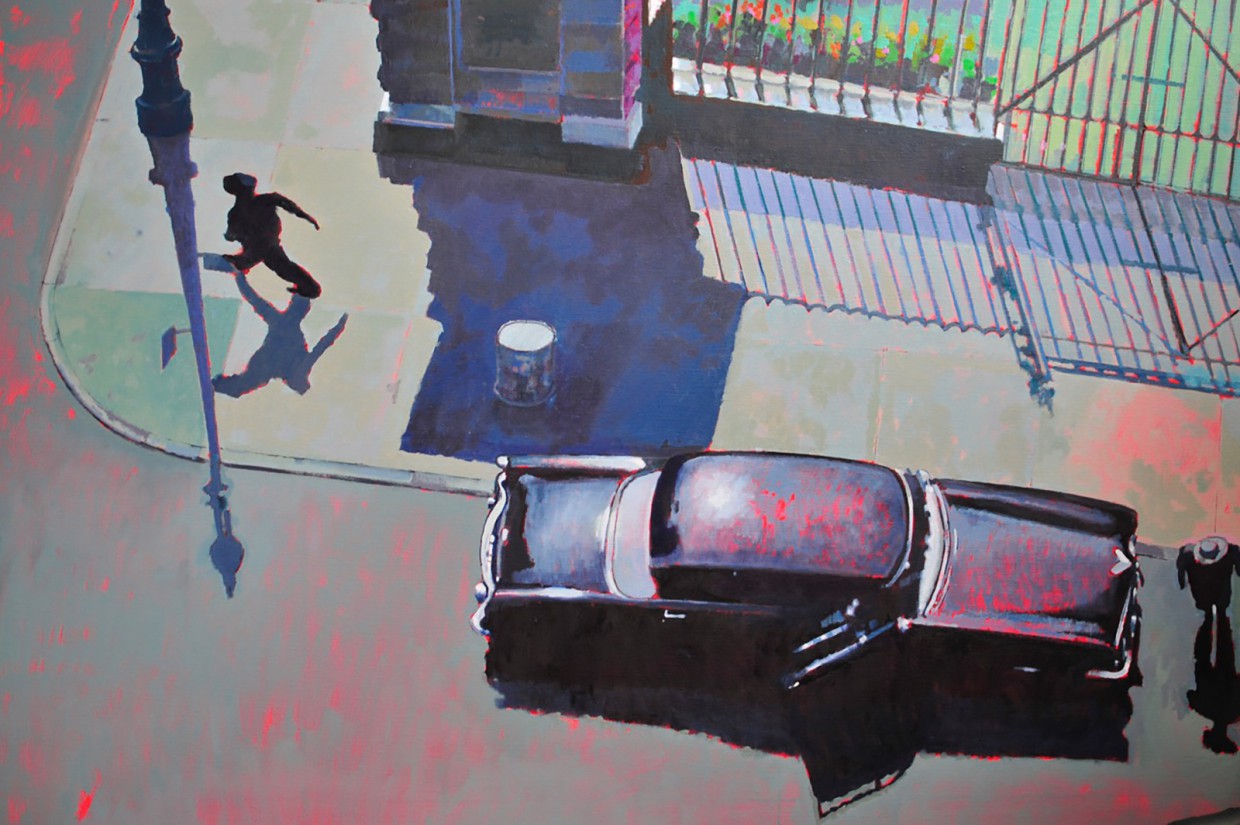 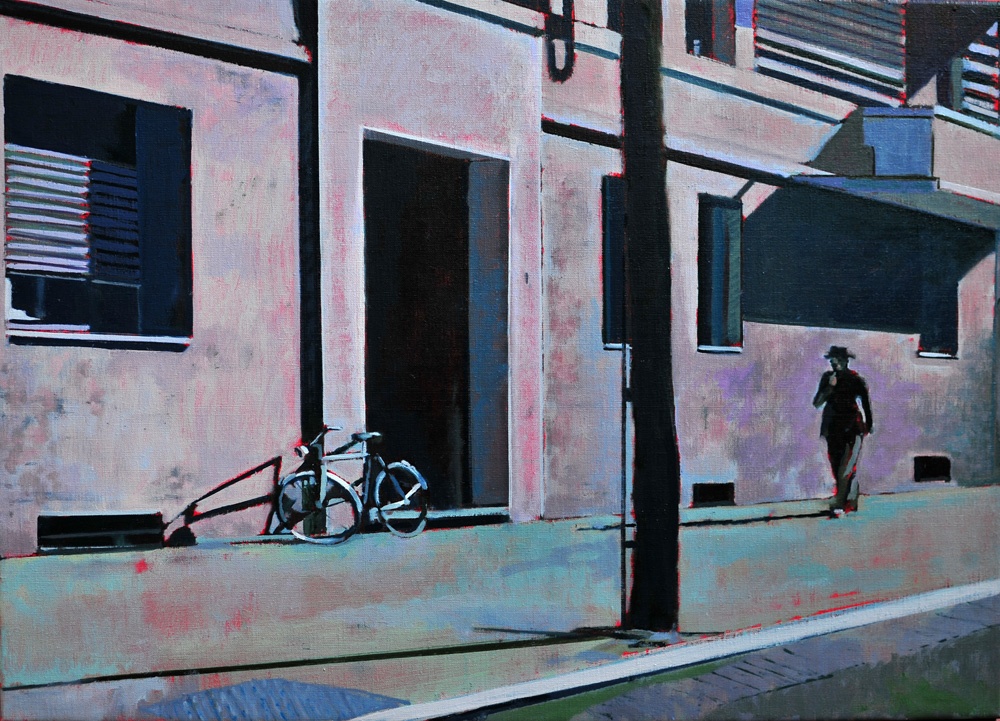 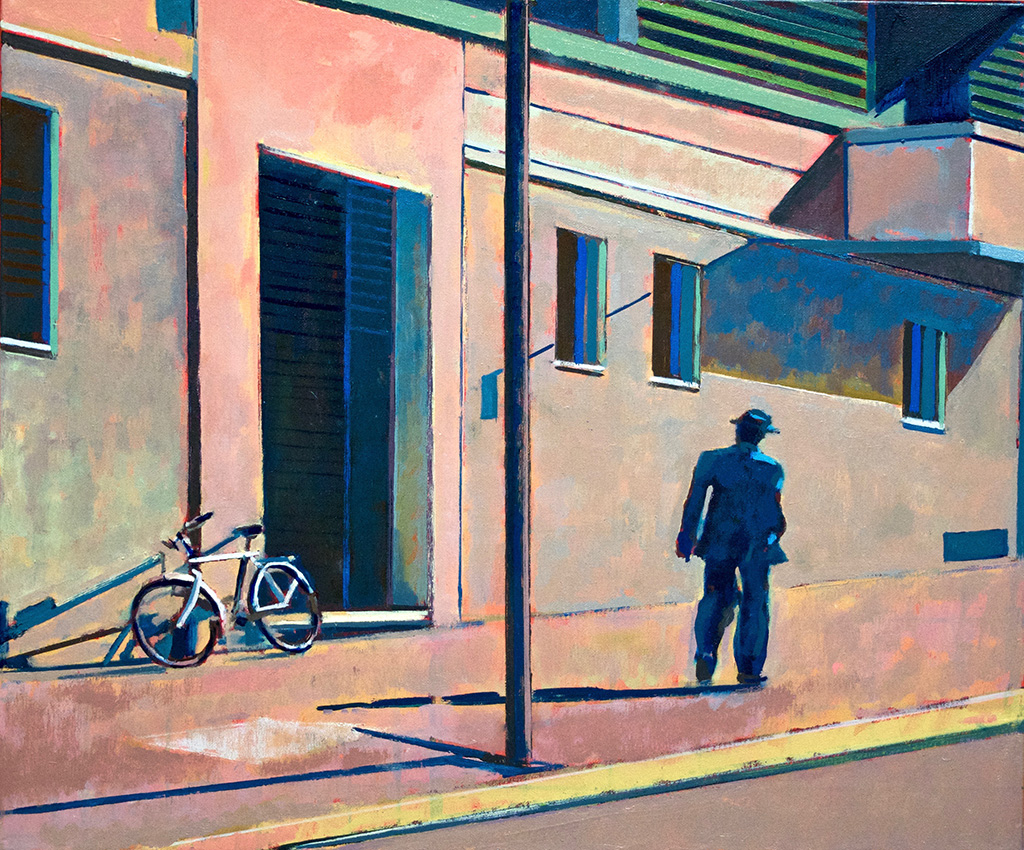 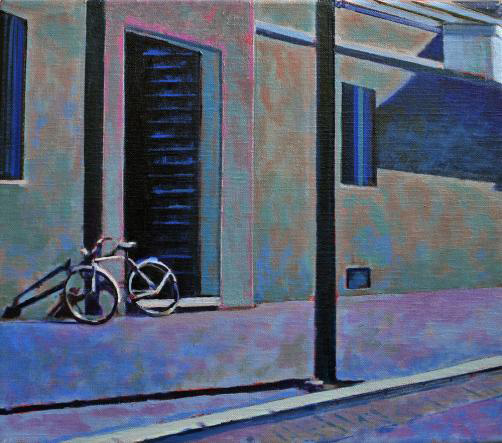